Ananda Living Wisdom Middle School program is dynamic and experiential. During this time of transition pre-teens are looking to take the idealism of childhood and combine it with energy. When the energy is directed in a positive direction anything is possible!

We invite you to join us on this new venture.  We seek likeminded teenagers from around the world to participate in our online high school.

“The online high school is one of the best schools. This school teaches us how to really live our life and how to enjoy it, besides that, it also teaches us the theory subjects. For me it is an angel. This school is filled with love, calmness, and friendship. All of the teachers are lovely, and they are so nice. I haven’t been sad in this school even once. Its one of the best experiences i had as an online student. They care for their children. I think of my teachers as my best friends who teach me new things everyday. I try to be a better person in my life every single day, and this is all because of them.”  – M.M. high school student

Due to growing concerns over the coronavirus (COVID-19), and with the well-being of students, partners and staff as the number one priority, Living Wisdom residential high school has decided to postpone* its program since many of our students come from abroad.

We plan to resume our residential program in Sept. 2021. We are inviting students to apply to our Online High School. We sincerely appreciate your understanding, patience, and continued support.

*Exceptions can be made to allow international students who are already enrolled to complete their program in residence.

Ananda Living Wisdom High School offers a residential, community-based program serving teens ages 14 to 18. Many of our teachers are also community members with extensive backgrounds in their areas of expertise. We also host our annual Inner Adventure Camp for teens.

Education for Life (EFL) is based on a balanced development of the four Tools of Maturity: the body, feelings, will, and intellect. In contrast, mainstream education with its one-pointed focus on obtaining higher test scores has increasingly emphasized the training of intellect at the expense of activities that promote growth in the other areas. It is interesting then to compare the results of these two very different approaches.
Education for Life and Testing
While we do not advocate the testing of young children, older students often express a healthy interest in knowing how they are doing academically in relation to others their age. When the EFL high school near Nevada City, California applied for accreditation in 2005, a part of the process entailed giving the students a nationally recognized, standardized test. The results have been remarkable, though not unexpected for those who are familiar with recent educational studies. In every year the students as a group have averaged in the top 10% of schools nationwide, even reaching the top 1% on one occasion. SAT scores have been equally impressive with the average EFL student scoring 1717 as compared to a national average of around 1500. (for greater detail click here.) How can EFL students compare so well with elite academic schools when our focus includes large amounts of time directed toward drama and music, games and outdoor activities, service projects and travel? Current educational research provides some valuable insights.

The Body and the Intellect
It seems obvious that a healthy body provides the foundation for a healthy intellect. Disease, low energy, stress, and a lack of cleanliness and order can all seriously undermine the ability to focus mentally. This relationship is clearly demonstrated in a study done in 2013 by The National Academy of Sciences.

State-mandated academic achievement testing has had the unintended consequence of reducing opportunities for children to be physically active during the school day and beyond…. Yet little evidence supports the notion that more time allocated to subject matter will translate into better test scores. Indeed, 11 of 14 correlational studies of physical activity during the school day demonstrate a positive relationship to academic performance. Overall, a rapidly growing body of work suggests that time spent engaged in physical activity is related not only to a healthier body but also to a healthier mind.

Feelings and the Intellect
Similarly, the ability to work constructively with one’s feelings can be a tremendous help when trying to maintain mental focus in the face of interpersonal tensions or inner turmoil. The advent of the term “Emotional Intelligence” in 1995, produced a wave of research authenticating the importance of social and emotional growth. A key report by J. Payton et al looked at an array of data taken from 317 studies involving 324,303 students. Their conclusion follows.

SEL [Social and Emotional Learning] programming improved students’ academic performance by 11 to 17 percentile points across the three reviews, indicating that they offer students a practical educational benefit…. Although some educators argue against implementing this type of holistic programming because it takes valuable time away from core academic material, our findings suggest that SEL programming not only does not detract from academic performance but actually increases students’ performance on standardized tests and grades”.

Will and the Intellect
The connection between the will and intellect is evident in the value of such qualities as perseverance, concentration, and initiative. In her book “The Willpower Instinct”, Stanford University psychologist Kelly McGonigal Ph.D surveyed the results of over 200 studies in this area.

People who have strong willpower are better off – i.e. better control of their attention, emotions, and actions. They are happier and healthier. Their relationships are more satisfying and last longer. They make more money and go further in their careers. They are better able to manage stress, deal with conflict, and overcome adversity. They live longer. Self-control is a better predictor of academic success than IQ. It’s a stronger determinant of effective leadership than charisma. It’s more important for marital harmony than empathy.

Conclusion and Prediction
It may be taking awhile, but educators are gradually acknowledging that a one-sided emphasis on the intellect is counterproductive. Even the “winners” of this approach are adversely affected. In November of 2011, NBC interviewed an administrator at Peking University High School in Shanghai, the top school worldwide as measured by the Organization for Economic Cooperation and Development, but also a school where students put in 12 hours of study per day including weekends. “Test taking is damaging to students’ creativity, critical thinking skills and, in general, China’s ability to compete in the world. It can make students very narrow-minded. In the 21st century, China needs the creative types its education system isn’t producing.”

For over 40 years, Education for Life has pioneered an approach that emphasizes cultivating the intellect in conjunction with the body, feelings, and will. Modern research shows that the future of education around the world lies with schools that can successfully implement this kind of integrated, holistic approach. 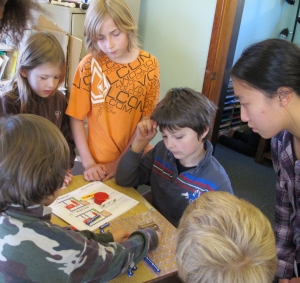